Interested Candidates are required to fill the Registration Form

In the year 2004, this Educational Trust established its campus 30 kilometers from Chandigarh, on the Chandigarh–Patiala National Highway. SVIET was established under the Punjab Technical University (PTU), Jalandhar. The institutions are approved by educational bodies like- AICTE (New Delhi), Government of Punjab and has an affiliation to the concerned Universities like- MRSPTU (Bathinda), Punjabi University (Patiala), and PSBTE & IT (Chandigarh).

Take a virtual tour of SVIET

Walk-through our sprawling campus and take a look at our
state-of-the-art infrastructure, which makes it
stand among the best in the region.
0+
Offer Letters
0Lacs
Highest package offered by Amazon
0+
Companies Visited
0+
Alumini Message 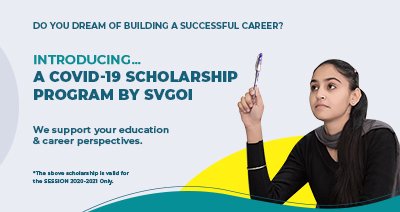 Introducing… A COVID-19 Scholarship Program By SVGOI. We support your education and career perspectives. This scholarship program is primarily for those economically distressed parents who have been severely impacted by the COVID-19 pandemic. The scholarship is open for all irrespective of category or percentage.
Apply Now 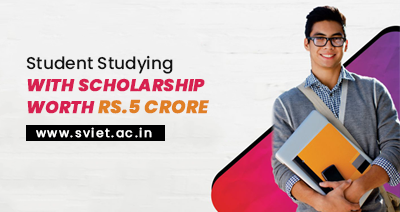 Student Studying with Scholarship Worth Rs.5Crore. All those candidates who have passed the 10+2 examination from a recognized school (affiliated to CBSE/ ICSE/ State Board or others) with 60% marks or above are eligible to appear in SVIET EEE exam/ IIT JEE Mains/ State Entrance Exams. Only one Scholarship will be awarded.
Apply Now

Aligned with the culture of exploration and innovation, embrace the enriching process of learning as you become a part of various student societies, projects, and activities.

A sprawling future-ready campus with best-quality infrastructure and state-of-the-art access-control systems to ensure the utmost safety. Continue your studies seamlessly with the help of our special COVID-19 Scholarship for the wards of financially-affected parents due to coronavirus (FAPDTC).

We take active measures to maintain healthy and regular communication with parents to ensure the stable performance of their wards.